I'm finally completely caught up with Regular Show. (I am rapidly running out of cartoons to watch, I will definitely have to replenish my stock soon.) 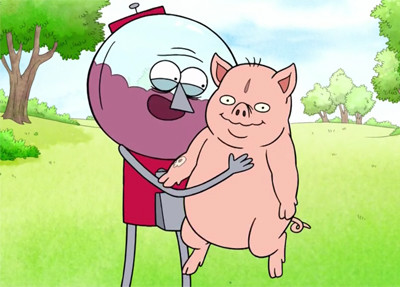